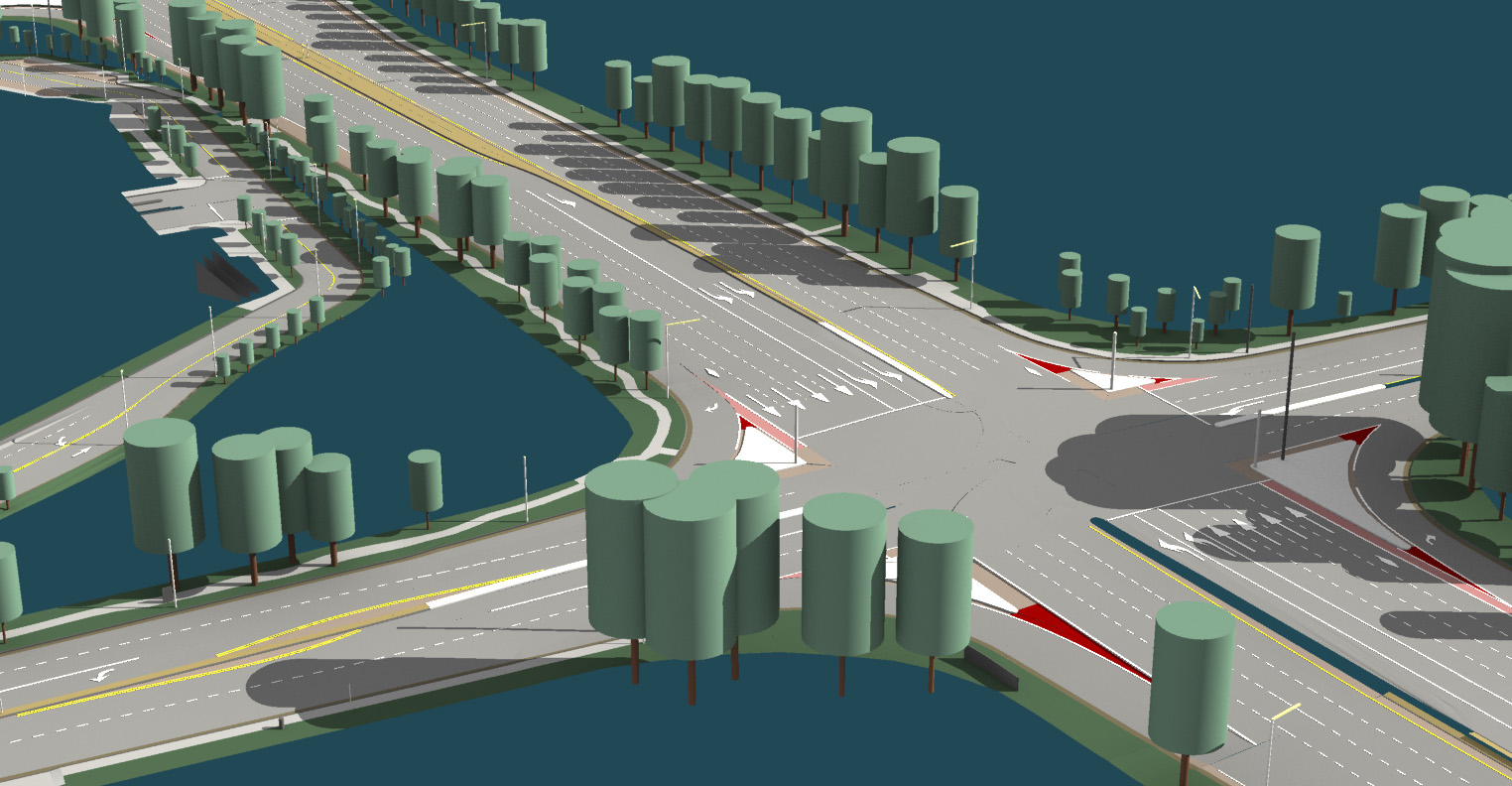 High-resolution road maps are a prerequisite for automated and autonomous driving – and they make it safer. These HD maps provide vehicles with the framework in which they can move.

When the measurement vehicles from the Holzkirchen-based company 3D Mapping Solutions set out, this means one thing: the streets will be measured with millimeter precision. Each of the two lidar sensors on the roof of the vehicles records one million points per second. Three to four cameras are normally used as well, along with measuring equipment to record the exact time and place. Once the data has been consolidated, traffic signs, traffic lights, and lane markings are extracted and “traffic logic” is added. The resulting high-resolution three-dimensional map is highly accurate and intelligent: Markus Grünke, cartographer and project manager at 3D Mapping Solutions, a Providentia++ associated partner, speaks of “elevation models in the millimeter range” and of “photogrammetric measurements” that can be used to precisely determine how large objects are and where they are located.

HD maps as an additional sensor

High-definition maps are very important for automated and autonomous driving: They set the framework in which a vehicle can move, while the on-board sensors can react immediately to changes in the traffic situation. “An HD map is like an additional high-performance sensor,” Grünke explains. In snow and fog, for example, on-board sensors do not always deliver optimal results. HD maps help a vehicle understand what its own sensors really see. On top of that, the sensors in the vehicle have a limited range of up to a few hundred meters, while the HD map knows what is beyond the range of visibility, including guard rails, trees, ditches and other traffic-relevant objects. “The geometry of traffic is therefore known, and calculations can be made in advance,” Grünke explains. Currently, the measuring vehicles of 3D Mapping Solutions are mostly deployed for research projects such as Providentia++ (P++), driving over defined areas. A special feature of P++: In addition to the HD map, P++ also offers sensors from the external infrastructure which look at traffic from a bird’s-eye view and see more than the on-board sensors.

Mercedes-Benz S 500: The first vehicle with an HD map

It was just ten years ago that researchers at Mercedes-Benz first presented a high-definition map, which was eventually used in the S 500 model of the S-Class. This car’s first autonomous journey covered 103 kilometers in the city and the countryside. It used a high-definition road map from HERE Technologies, a geodata service whose technology is now used in vehicles from various manufacturers, such as Audi, BMW, and Daimler. Many competitors have now entered this important emerging market, including TomTom, Civil Maps, Google, and (for particularly high precision) 3D Mapping Solutions.

5G: Increasing transmission rates by a factor of 50

The challenges of HD maps in the context of autonomous driving were described by scientist Heiko Seif in a research paper for Sheffield Hallam University a few years ago: (I.) The vehicle must be able to very accurately determine for itself where it is. (II.) It must be able to respond to events beyond the range of on-board sensors. (III.) It must always be in harmony with the needs of other road users. The last two requirements in particular are still lagging behind expectations: They require real-time updates, while HD maps are usually updated overnight and not ad hoc. Real-time HD maps are still far in the future, or are regionally limited. According to scientist Seif, the so-called SLAM algorithms (short for simultaneous localization and mapping) are promising. However, one hour on the road can generate a terabyte of data, meaning that it would take far too long to provide a navigation system with usable results in real time. With 5G wireless technology, data transmission rates of 100 Mbit per second will increase 50-fold – providing an opportunity to approach the necessary requirements for real-time applications in vehicles, which allow latency times of no more than 10 milliseconds.

The goals in the P++ research project are different. The next step for the P++ associated partner 3D Mapping Solutions is to map the extended test section into Garching-Hochbrück along the Bundesstraße 471, and to provide the test vehicles of Valeo, Elektrobit, and Fortiss with high-resolution road maps for a defined stretch of this road. This data is not needed in real time, because the external infrastructure at overhead signs and sensor stations already provides a perspective beyond the range of the vehicles’ on-board sensors. But every time a measurement vehicle with a mobile mapping system from 3D Mapping Solutions drives along the test section, it records the transport corridor and perceives changes in urban objects. Grünke says, “This data is then fed back to the base station – and the maps are updated.” Not in real time, but with millimeter precision.