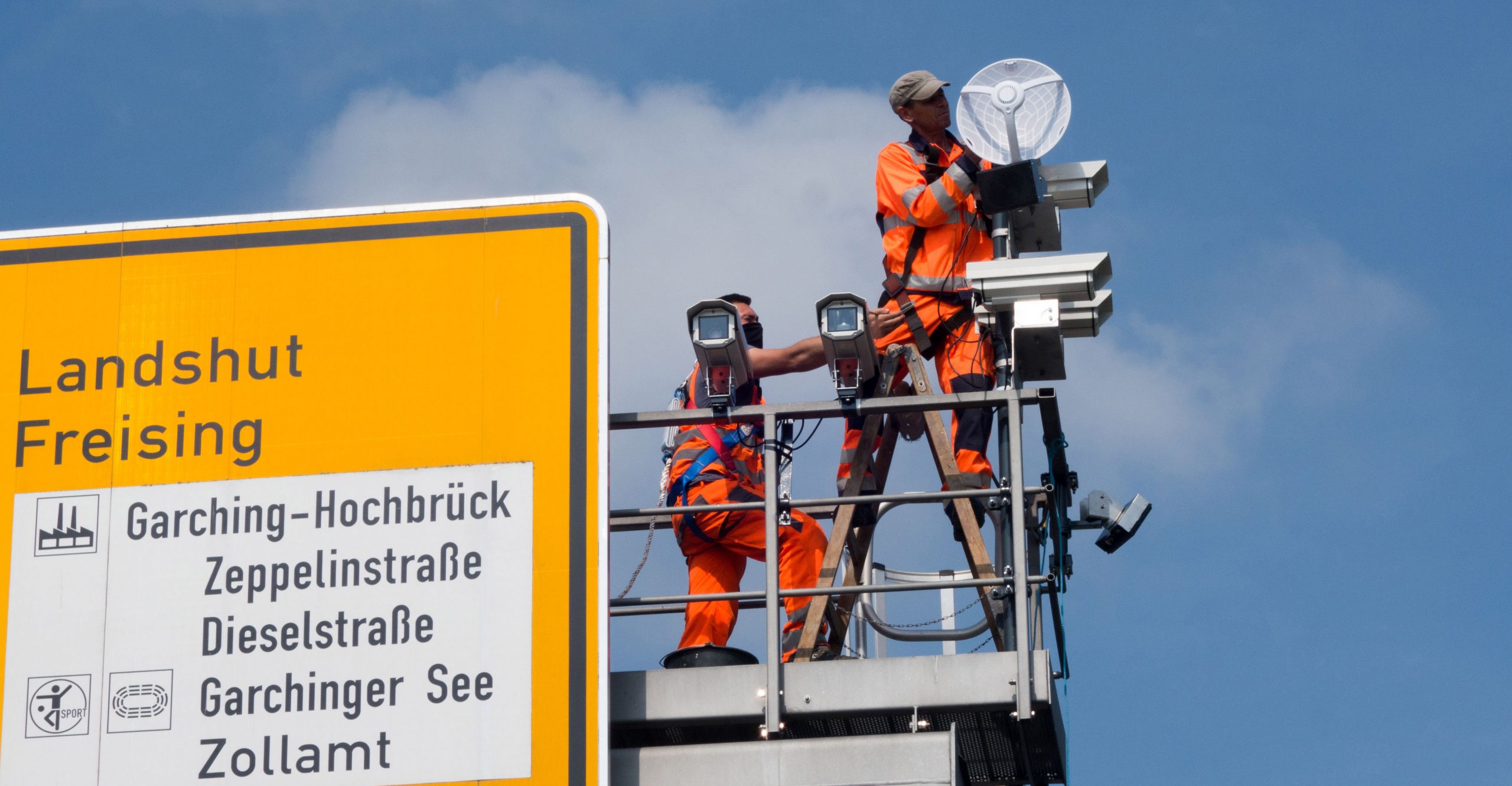 Finding locations for masts and sensors; checking for water and gas lines; determining land ownership; having soil surveys carried out; setting up servers; preparing software for new sensors; ordering casing, mounts, and plugs and (despite the pandemic) getting them delivered somewhat on time: Expanding a test section for autonomous and connected driving requires a great deal of small-scale research and pragmatic decision-making before scientists can get to work. A review.

Five new sensor stations have been in operation between the A9 highway and Garching-Hochbrück for a few weeks now. Fifty-nine new sensors were installed and three new sensor masts erected, and the test section is now more than two kilometers longer than before, reaching from the highway to the state road and into the city. All of this was accomplished within the budget. “It wasn’t easy,” says Christian Creß. “We had to keep making decisions on the fly.” Because one thing was clear: The duration of the Providentia++ research project was limited – initially to the end of this year, although a few days ago the Federal Ministry of Transport and Digital Infrastructure (BMVI) extended the project by six months. And the scientists’ real work can only begin when data starts flowing. Without data, there is no digital twin. Without a digital twin, there can be no application of artificial intelligence and no prediction of movements.

Expanding the A9 test field: The basic concept was only the beginning

The planning of the test section began when the Chair of Robotics, Artificial Intelligence and Real-Time Systems at the TU Munich took over the research project from the former consortium leader fortiss. A basic concept was developed, the positions of masts and sensors were determined, and scenarios were incorporated that are not possible on the highway, such as intersections and traffic circles. Coverage of the entire intersection area by various sensors was planned out in order to be able to explore the most complex of all traffic situations, the intersection. So far, so good. The vision of the first uninterrupted test field from the highway to the state road and into the city was thus in place. 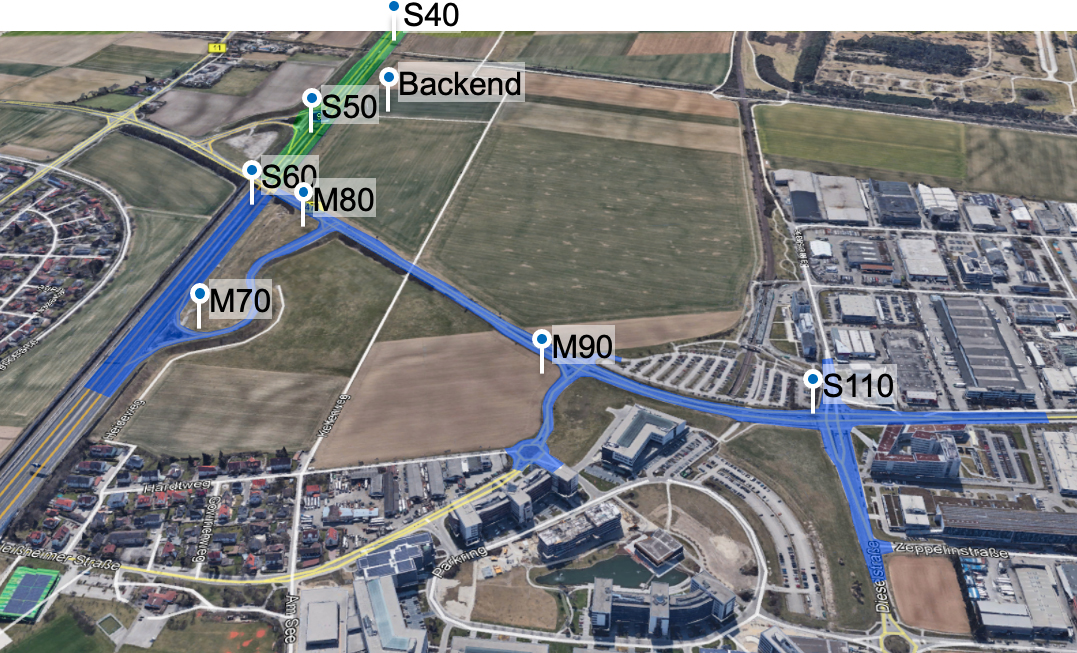 In the picture on the right: The course of the final test track. The S60 overhead signs on the freeway were newly equipped with sensors, the M70 and M80 sensor masts were erected and equipped at the freeway exit/ramp and the M90 at the B471 highway and the S 110 intersection in Garching-Hochbrück). In green: The existing test track with the S40 and S50 overhead signs.

The A9 test field: Of obstacles and pragmatic compromises

Now the real work could begin. And with it came the obstacles:

1. Street plans could not be found

Google Earth was used to enter the locations of masts and overhead signs and to determine the position of the sensors. This quickly showed how the best possible coverage of roads, bike paths, and sidewalks could be achieved and blind spots eliminated. After an on-site inspection with the engineering firm VIA Beratende Ingenieure, it was clear that this could work. In order to begin the precise planning, however, plans of the street layout were needed, along with the locations of water, gas, and telecommunications lines. “The layout of the road was nowhere to be found, so we had the road remeasured,” explains Creß. This ultimately cost tens of thousands of euros.

2. Land ownership: Conditions were not clear

A look at the layout of the property sites showed that the plots were still oriented to old road layouts from before the new development area (along with the Business Campus) was built in Garching-Hochbrück. “Plots of land ran right across the street,” says Creß. So the question was: Who owns the land on which new masts are to be erected? In the best-case scenario, the owner would be the city of Garching, the Autobahn GmbH, or the Freising state building authority, because they had already confirmed their support for the research project. In addition, the boundary line at the planned location of the M90 mast was not clear. Someone had pulled out the border markers. “They were lying in the bushes,” says Creß. The official boundary line therefore had to be redrawn, incurring additional costs and effort.

3. Provisional instead of permanent: A permanent structure would have taken too long

In the case of the M90 mast, which was to be built at the first intersection in the direction of Hochbrück, a further requirement emerged: Only structures that are not intended to be permanent can be approved at short notice. If the project is not temporary, the owners of the neighboring properties must also be involved in the process. “Due to time constraints, that would not have been possible,” Creß explains. So the sensor masts will have to be dismantled when the research project is over.

4. Maintaining distances from the street

If structures are to be built near roads, they must comply with minimum distances. For a road on which 100 km/h may be driven, this distance is 4.50 meters. On a section between the planned M90 mast (see picture) and the traffic circle, which is about 150 meters from the intersection, the speed was not specified. Since the town entrance sign is just before the traffic circle, drivers are theoretically allowed to accelerate to 100 km/h on this 150-meter section. “No one drives that fast here,” says scientist Creß. After some research into the rules and regulations, the following solution was found: Smaller distances from the road are possible if the speed that is possible in practice deviates significantly from the speed that is theoretically permitted. For legal security, this needs to be proven. A radar measurement of the city of Garching over Easter confirmed this, with a measured average speed of just 30 km/h. This meant that – with a delay of a few weeks – the desired location for the new M90 sensor mast could be retained as originally planned.

5. Checking the stability of the soil

Anyone erecting a mast near a road must prove that it is firmly planted in the ground. That is why a soil survey was required for the three locations of the masts. For insurance reasons alone, this is a must. 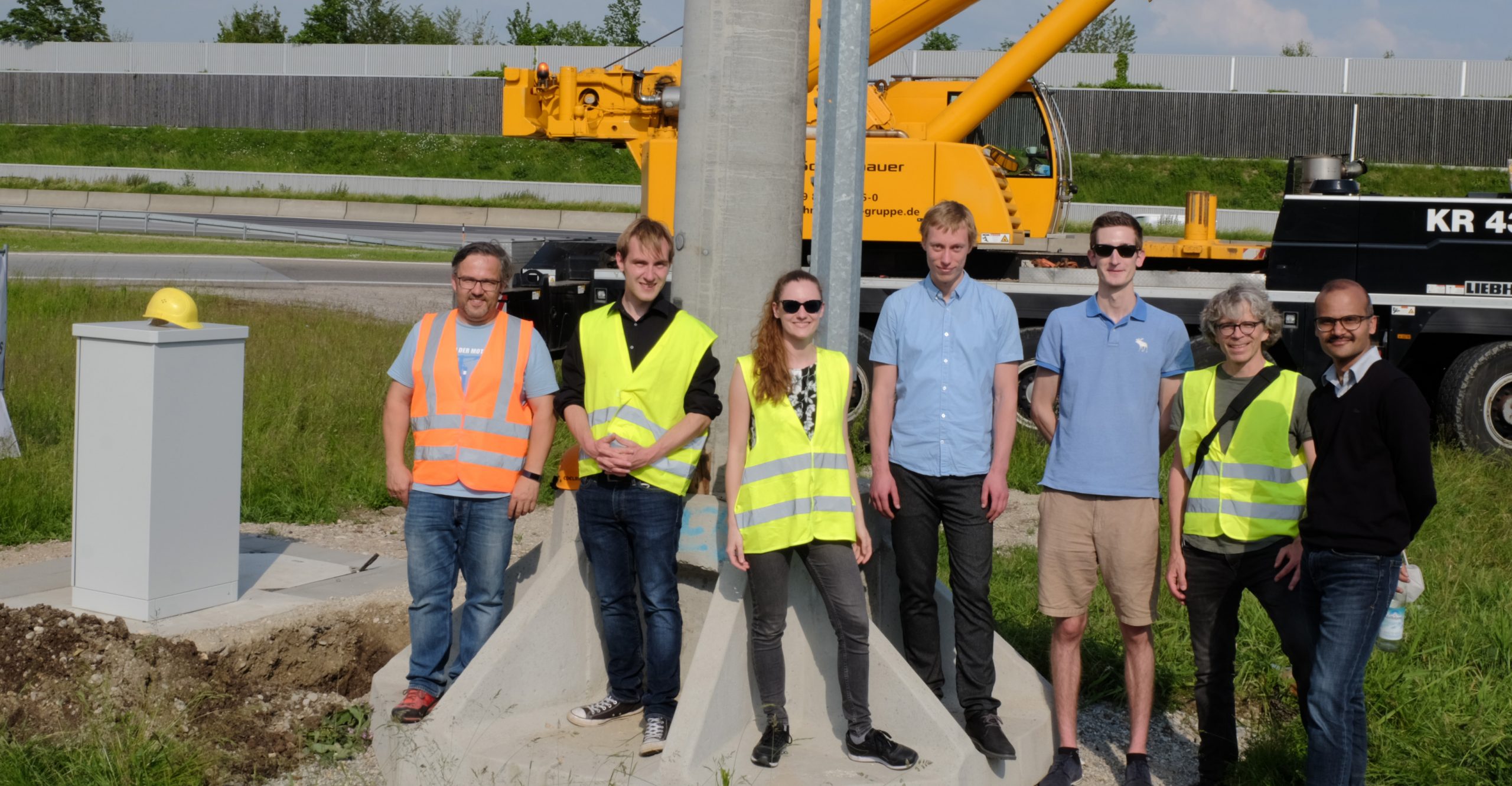 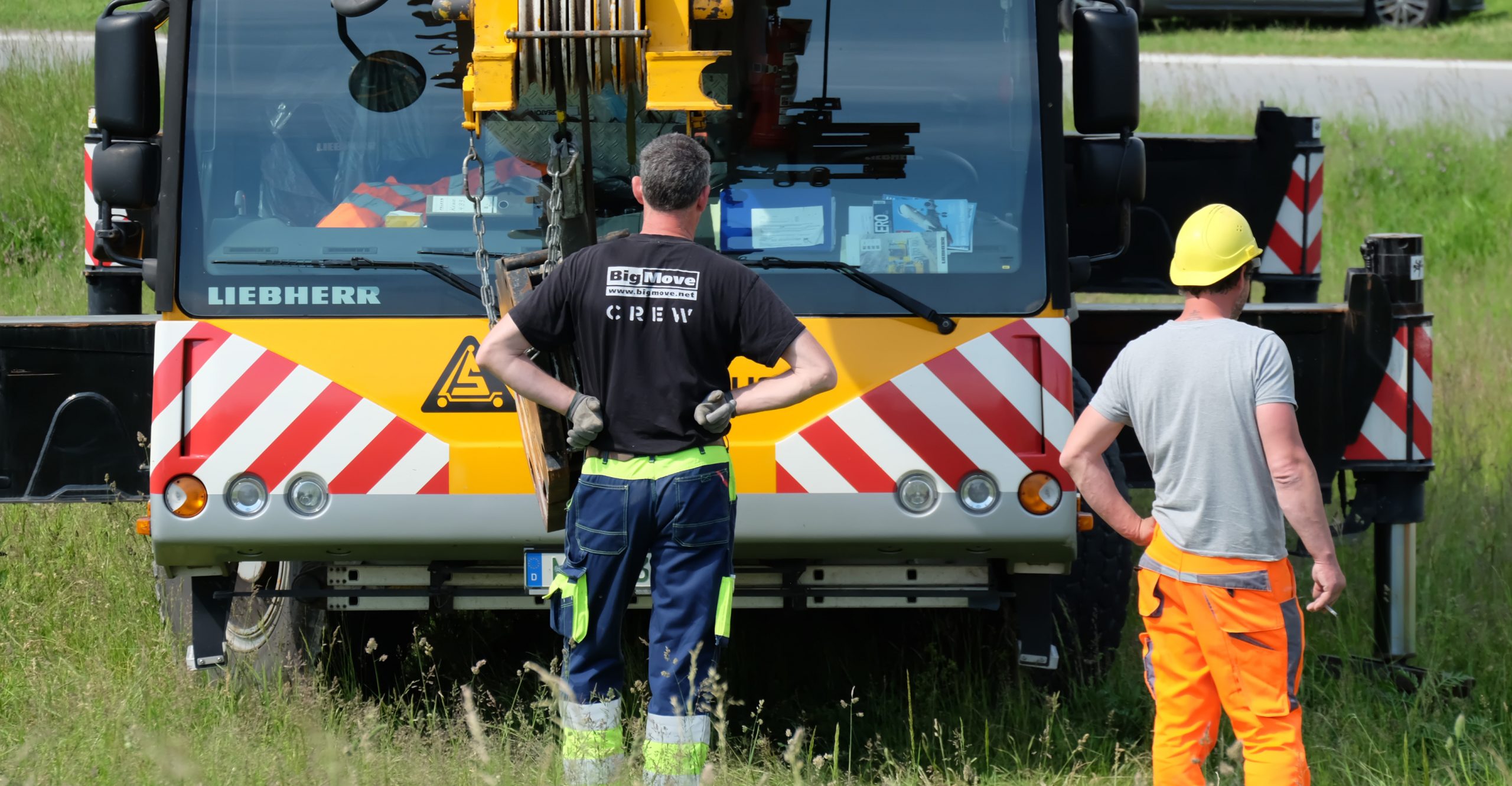 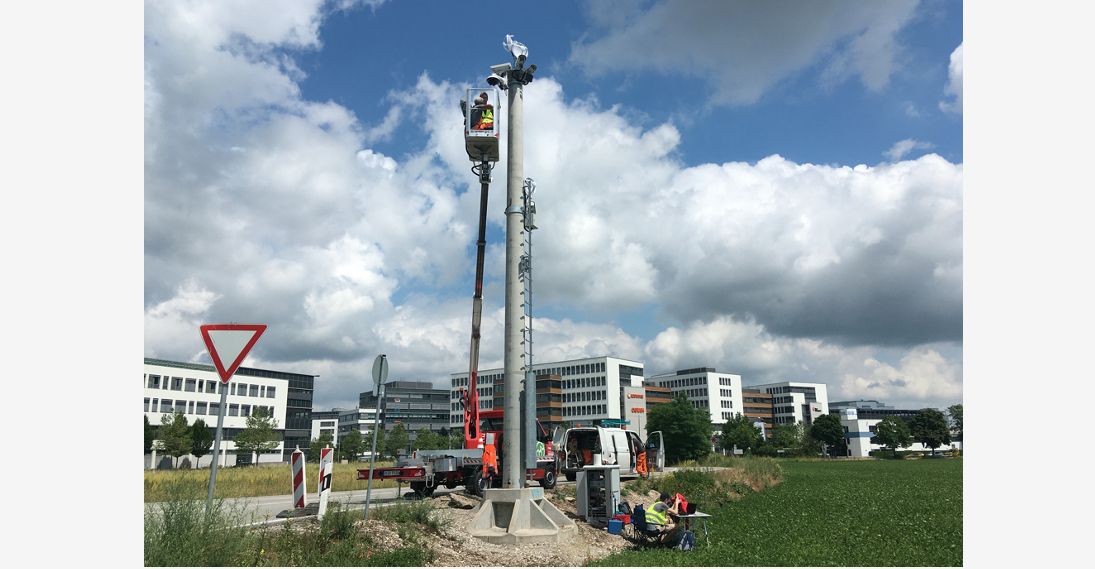 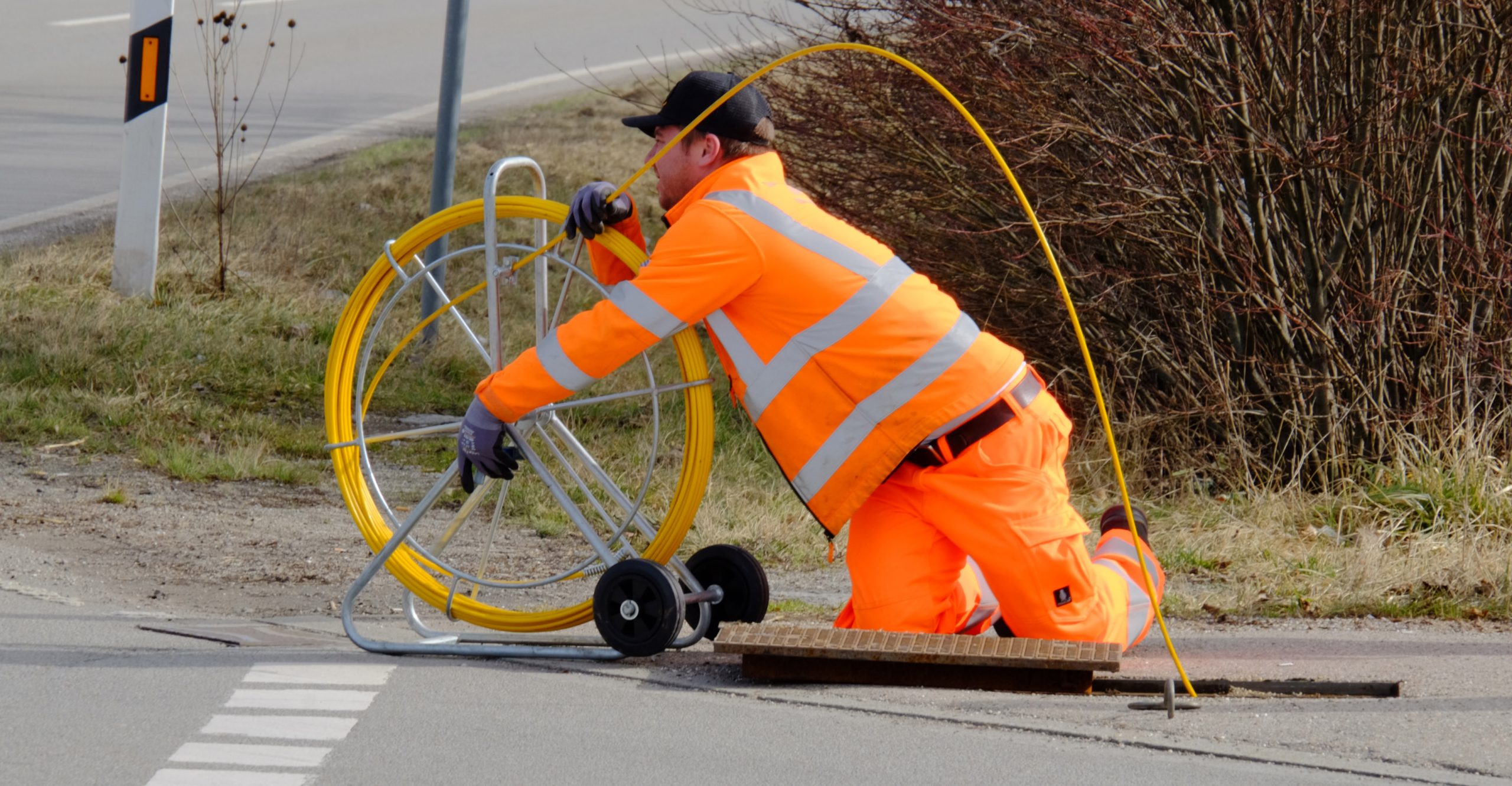 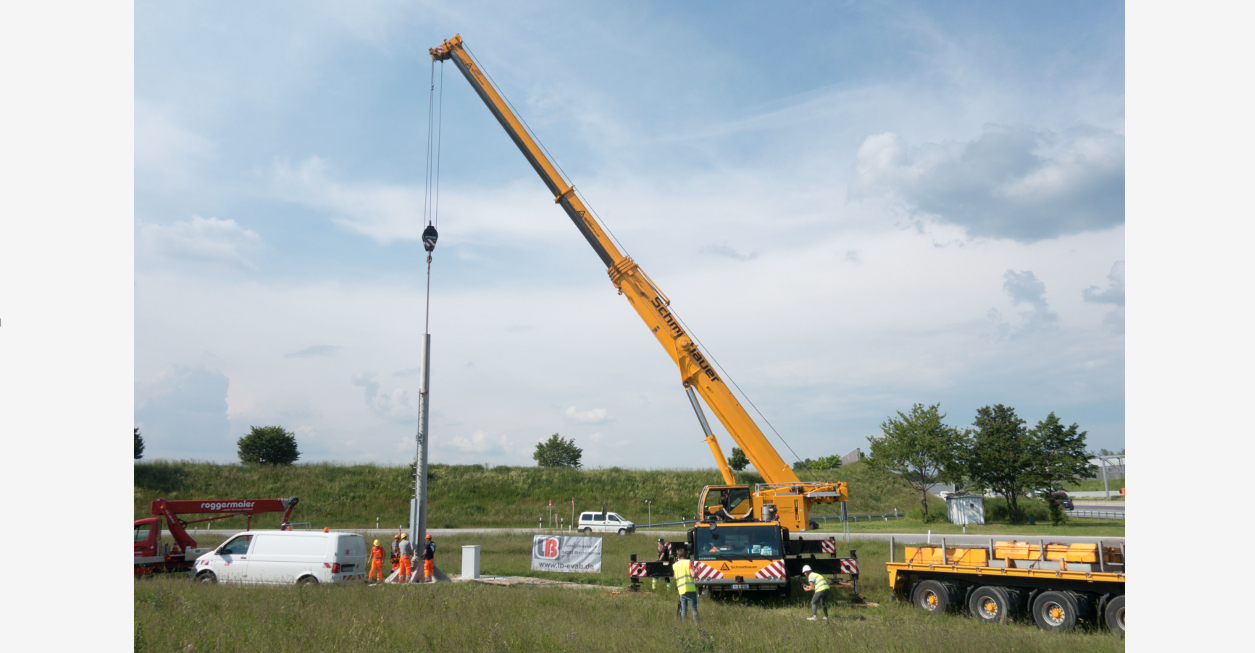 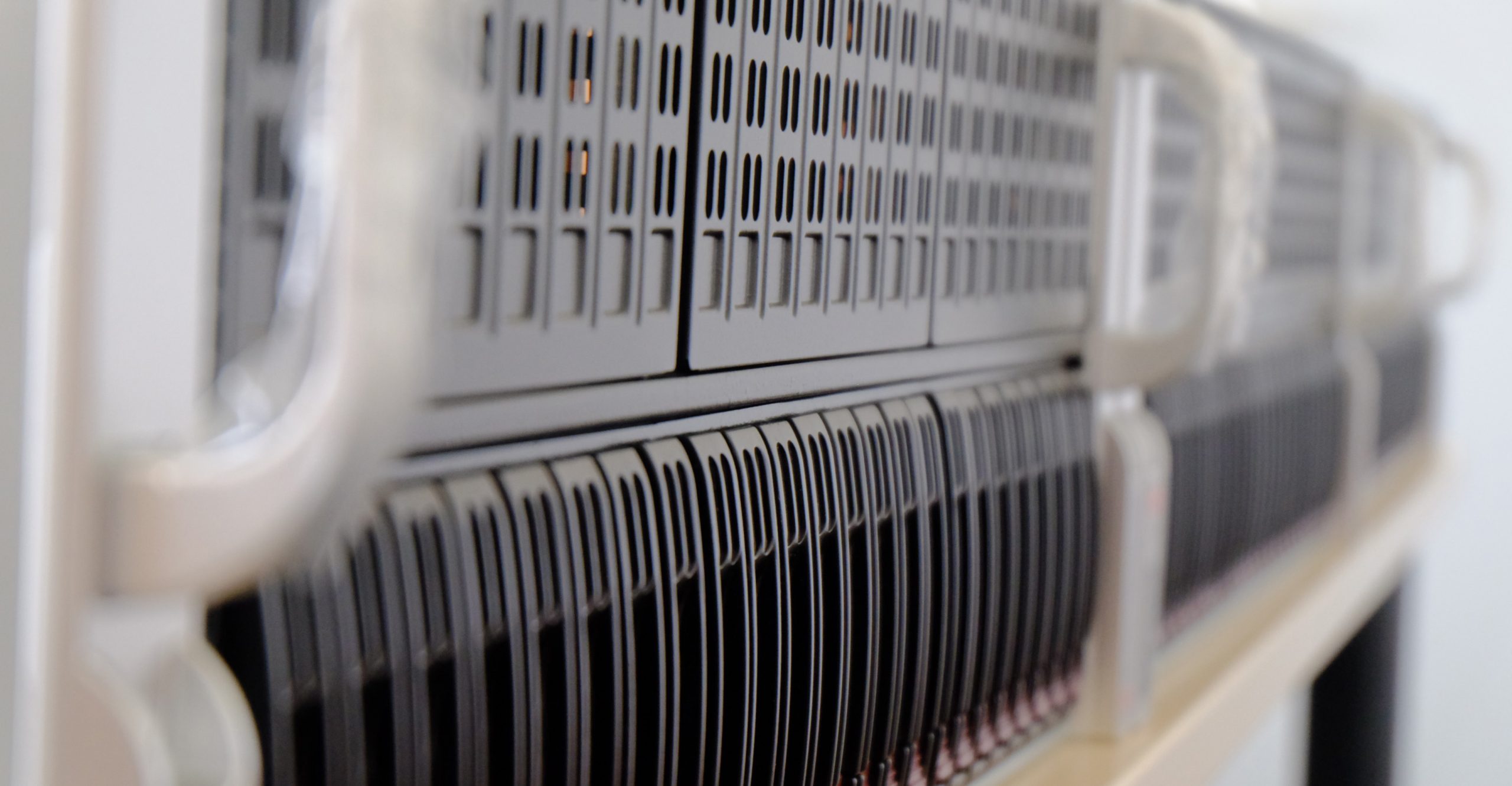 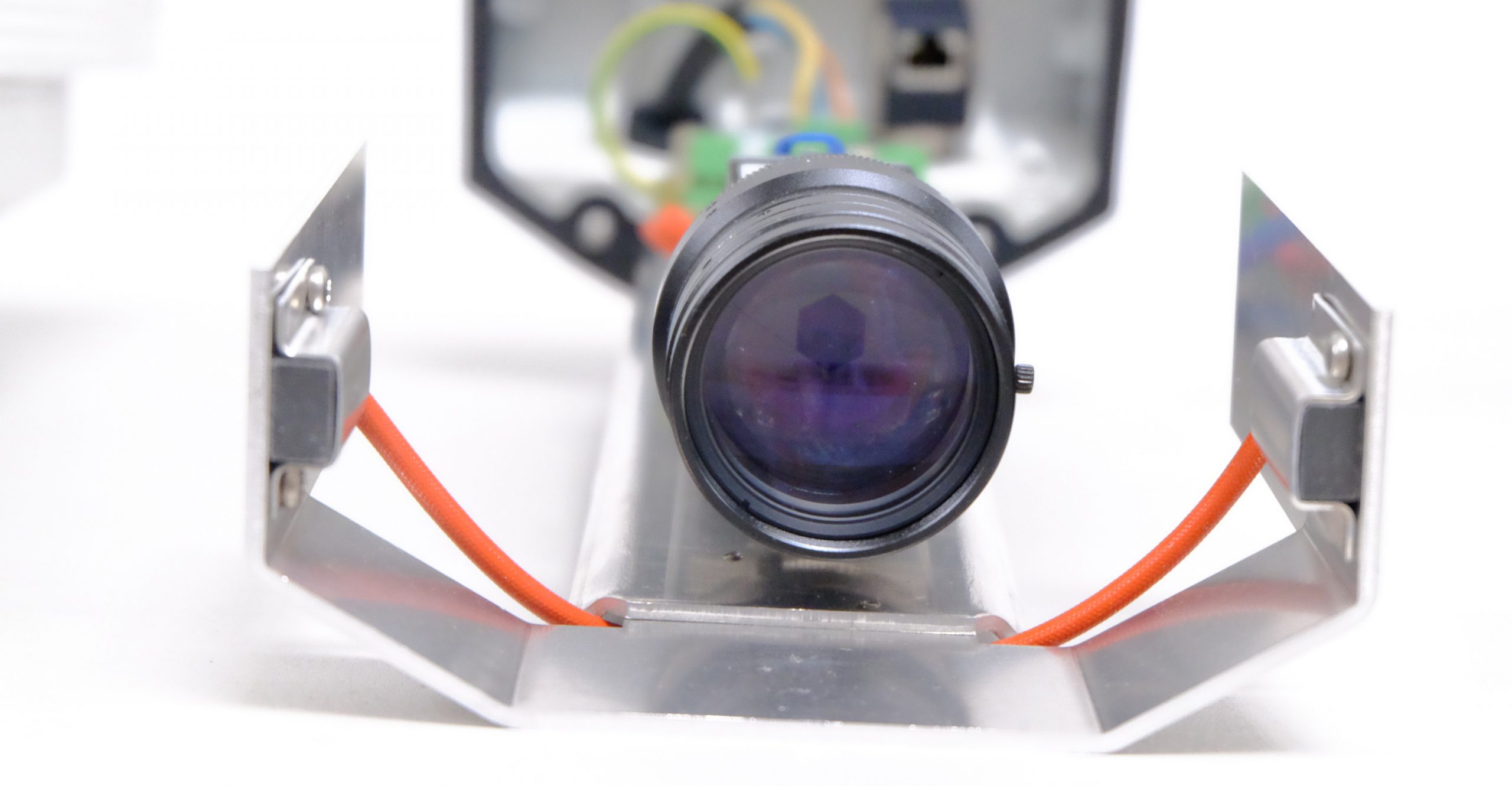 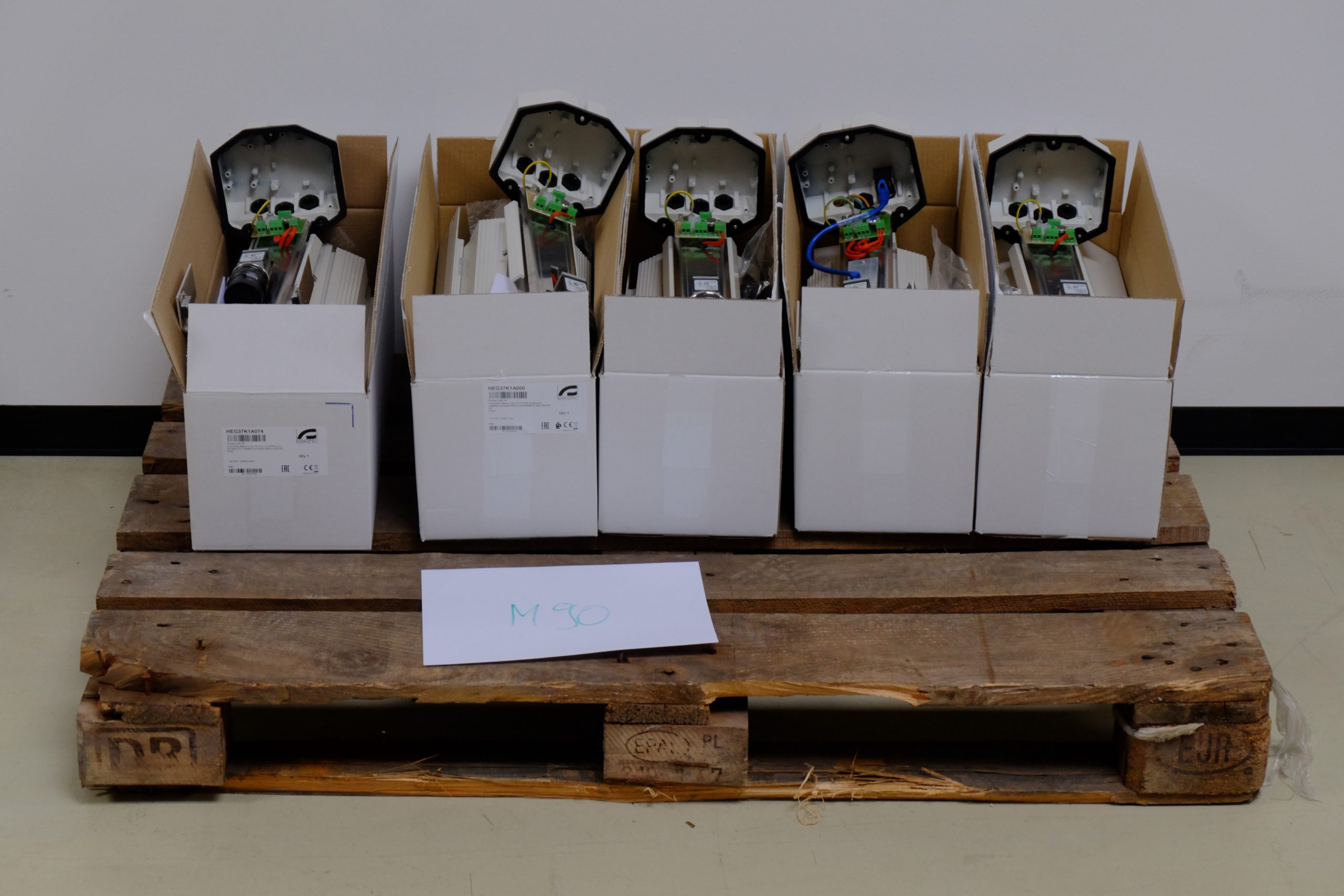 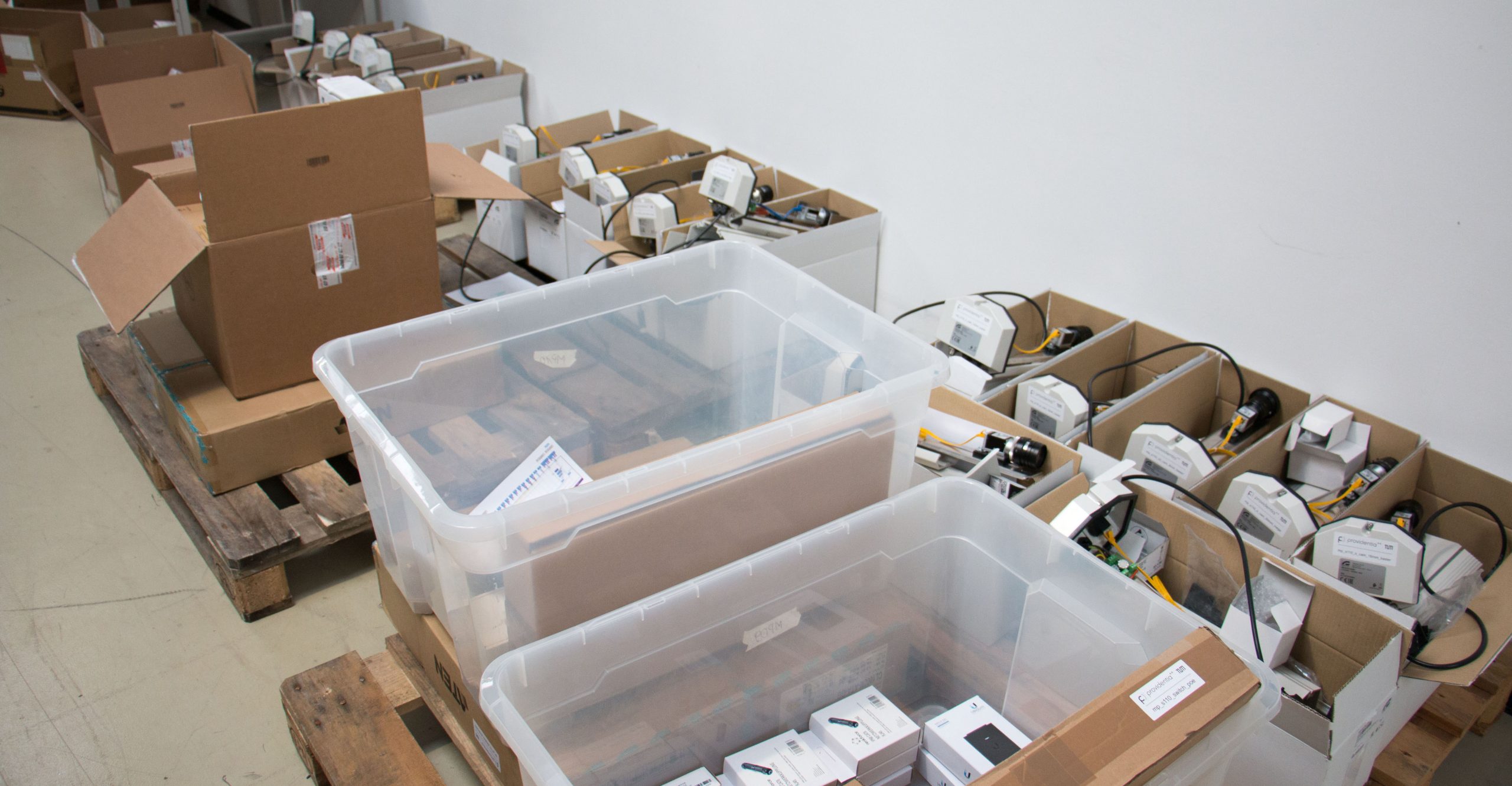 Photo 2: Heavy equipment is needed to erect the sensor masts.

Photo 6: Computers had to be set up and prepared for the servicers on site.

Photo 7/8/9: Cameras had to be wired and assembled in advance.

6. No room for fiber-optic cables

The first plan for the test section extension of the A9 test field was to connect all the sensor stations by fiber-optic cables. However, for a variety of reasons, this turned out to be out of the question for several sections. For one thing, the central water line for Hochbrück ran exactly in this area, as did gas lines. Another reason was that a subway tunnel blocked the way. The chosen solution was also the better one for cost reasons: No fiber-optic cables had to be laid for the directional radio, which would have been much more expensive overall, apart from the time-consuming construction work.

7. The M90 mast will make way for the bicycle highway if necessary: The last condition for the usage agreement

The land ownership on the M90 had been determined, the distances confirmed, and the soil stability checked, but that was not enough to sign an agreement with the city of Garching and the Freising building authority: An option for the bicycle highway between Munich and Garching-Hochbrück, it turned out, would run exactly along the route where the M90 mast was planned. A quick check to see whether the corresponding land was already in Garching’s hands revealed that nothing had yet been sold – a sign for the TU scientists to continue backing the M90. The last pragmatic decision was made. The TU Munich has agreed to dismantle the mast if the bicycle highway is built exactly there. “This is now included as a condition in the usage agreement,” says Creß.

8. Placing an order does not necessarily entail immediate delivery

Sensors have to be wired, and protective casings have to be mounted and screwed in place. Unfortunately, certain standard components were simply unobtainable. Regardless of the dealer, a plug that would normally arrive within two days could only be delivered in eight weeks (probably due to the pandemic). If individual parts could not be delivered for the final product, consisting of housing, camera, and lens, this meant that 26 area scan cameras could not be prepared for use. When all the components were finally delivered and the masts could be set up, ground frost set in, forcing an interruption in construction. Capacity bottlenecks with the crane, intermittent heavy rain, and processing times for road closures (which were not always included in the calculations) also contributed to delaying the construction work.

Digital test field A9: The most comprehensive spectrum of sensors nationwide

Today, the test section on the A9 highway comprises seven sensor stations. Fifty-nine new sensors have been installed, ranging from area scan cameras, 360-degree and event-based cameras to radars and lidars. The first data began flowing at the beginning of July. This means that the nation’s most comprehensive range of sensors on the highway, state roads and in the city is now in operation. “About time,” says Christian Creß, who can now finally pursue his real job: software development and research.

*Special thanks go to the Freising building authority, the city of Garching, and the Autobahn GmbH for their constructive support, pragmatic solutions, and unbureaucratic signatures on the requisite official applications, without which the construction work on the highway, along the state road, and into the city of Garching would not have been possible.