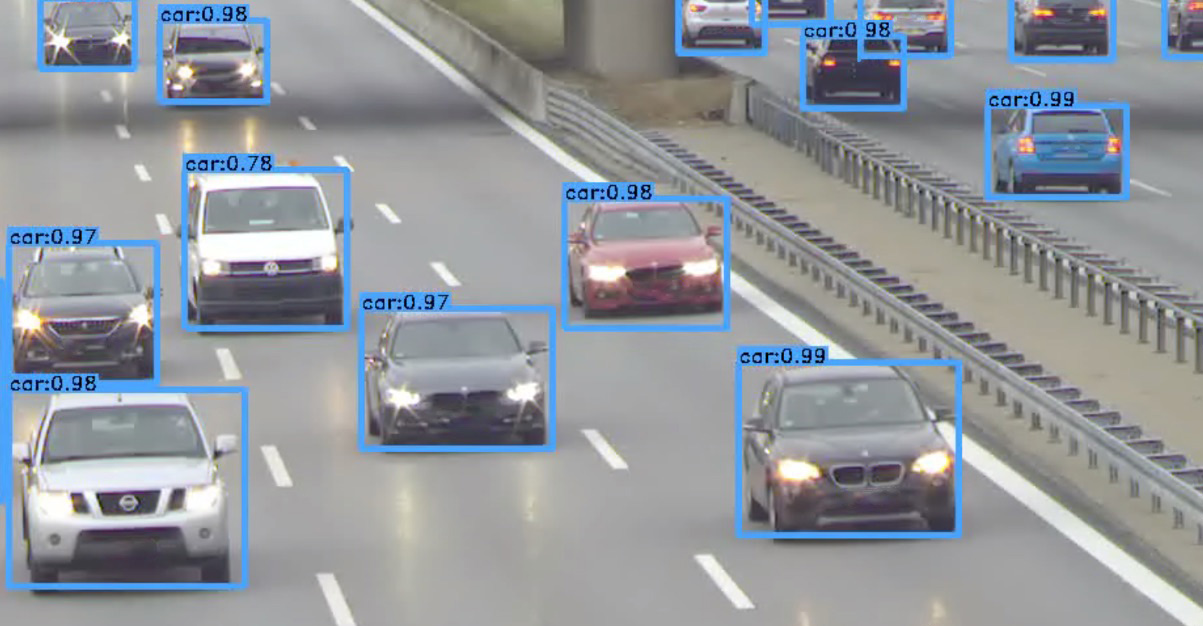 Digitally representing traffic, recognizing vehicles, and transmitting data in real time: These are three of the tasks in store for the technologies in the project. A key role is played by sensors, perception (with object recognition and tracking, as well as data fusion), and 5G radio technology.

To date, near-field cameras for distances of 20 to 250 meters and far-field cameras for distances of 200 to 400 meters have been used on the overhead highway signs, along with radars (which have a range of 300 meters) for both directions. Radar works according to the principle of the Doppler effect, which only captures objects that are in motion, as it measures changes in speed. The use of an area scan camera, which allows a 360-degree view, is planned. For the urban environment, which will be the focus of the follow-up project Providentia++, lidar systems will also be used. These systems transmit laser beams and represent their reflection in a point cloud. The lidar systems that will be used have 128 laser beams and cover 360 degrees. In addition, they have a range of 50 to 70 meters – enough to recognize pedestrians, bicycles, and motorcycles at intersections. Further advantages over radar include the fact that they can better recognize stationary vehicles and traffic participants, and that they have better resistance to environmental factors such as rain or snow and harsh light.

Vehicles such as passenger cars, trucks, and delivery vans are recognized and labeled accordingly. Modern AI-based algorithms, adaptive open-source software, neural networks for the recognition of objects, and mathematical operations are used. After all the collected data has been fused, the respective objects are recognized and assigned to a point in time. This enables tracking and the allocation of unique IDs.

5G radio technology: C-V2X for communication between vehicles and infrastructure

Communication between vehicles and the external infrastructure takes place by means of the newest 5G radio standard. Transmission of data within the infrastructure occurs via fiber optic cable, although this is in principle also possible via directional radio.

In addition to this basic technology, several tools for data integration and visual representation are used, for example:

ROS is a middleware and library framework for robots. It was invented at the Stanford Artificial Intelligence Laboratory in 2007 and further developed at the Willow Garage robotics institute from 2009. Since 2013 it has been maintained by the Open Source Robotics Foundation (OSRF). Sponsors and supporters are organized in the ROS Industrial Consortium. ROS offers the means of connecting the sensor stations with each other.

The virtual “translation” of the real road traffic (see also the animated graphic below) is made possible by the open-source simulator CARLA, which is used in the study of autonomous systems. The software is able to use and process various sensor data via interfaces, and can also model traffic scenarios. The Robotic Operating System can be integrated over an ROS bridge.