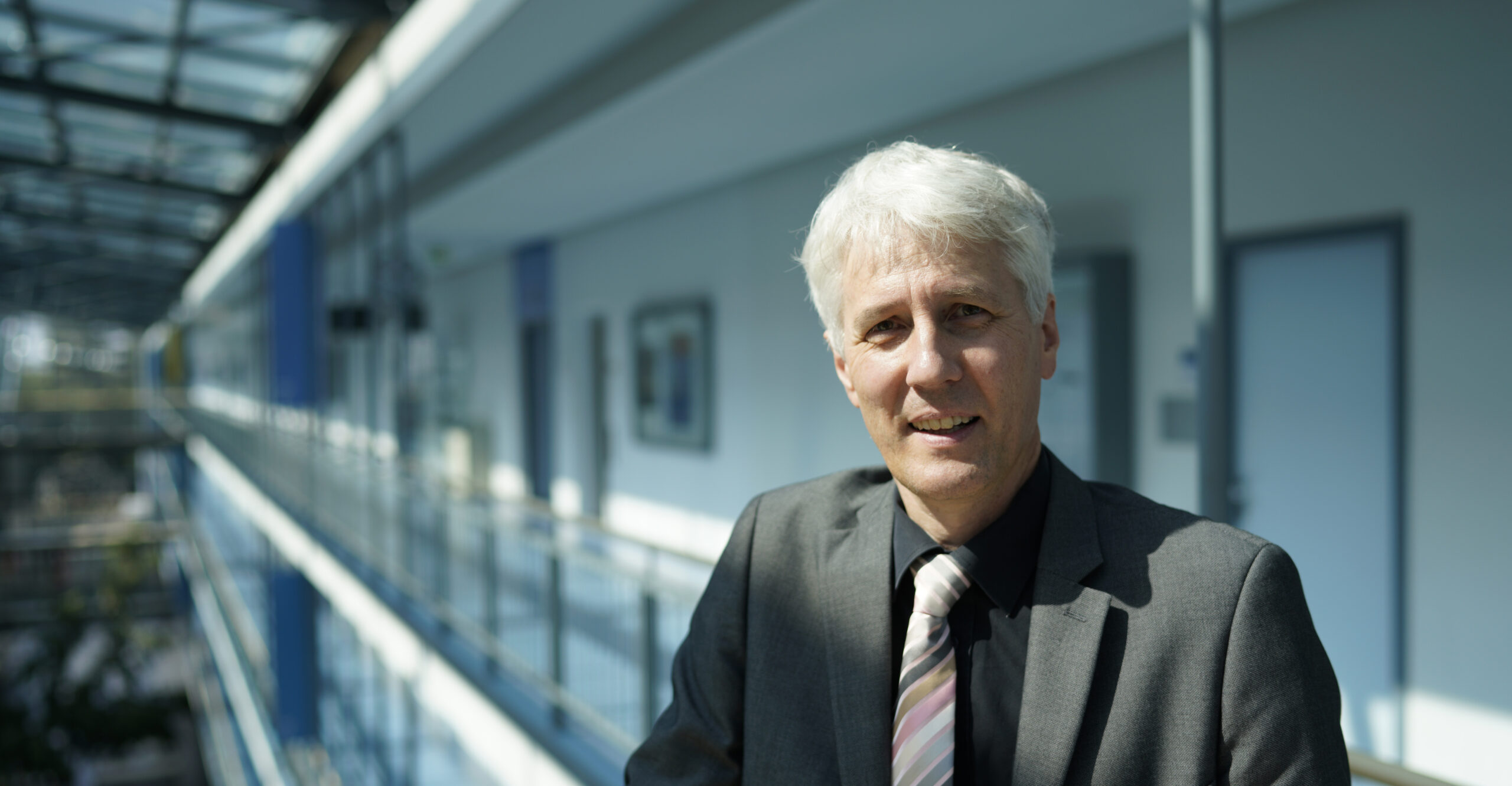 The better sensors from vehicles and infrastructure are connected, the more seamlessly the traffic area can be recorded. This ultimately benefits not only motorists, but all other road users as well. Mobility expert Prof. Dr. Alois Knoll and his vision of the mobility of the future.

We will have a complete live recording of the traffic area. The amount of information needed to enable high rates of traffic flow at critical points such as busy intersections or congested beltways is not yet available. This must – and will – change. In the future, infrastructure such as overhead highway signs and traffic lights will increasingly be equipped with very powerful sensors, and additional data will come from vehicles on the road. The proportion of vehicles that are connected and have access to sensor data will also continue to grow. Today, practically every midsize car already has a radar and at least one camera on board. It is clear that the more sensor technology is used, the more complete the picture of the environment will be.

A development toward autonomous vehicles can take place very quickly. That’s how it happened with the Internet. First, two computers were networked together. Decades later came the World Wide Web, and today innovations and new services are created every second. (Prof. Dr. Alois Knoll)

And the more sensor technology is used, the more intelligent the vehicle becomes, provided that this information is available to it. Will this accelerate the use of autonomous vehicles in cities as well?

Connectivity will increase gradually at first, but then at an ever faster rate. We won’t have only connected vehicles on the road from one day to the next. There will be more and more mixed traffic, consisting of traditional and connected vehicles, until eventually we reach a turning point and all vehicles are equipped relatively quickly. This will be similar to the introduction of the seat belt in the seventies or the catalytic converter in the nineties, but with the driver experiencing the benefits more immediately. Along the same lines, we will not suddenly have only highly automated or fully autonomous vehicles on the road. One thing is clear: Denser connectivity is the prerequisite for making traffic safer and more fluid – and as a result more comfortable – especially at the most critical points.

There is a trend toward more bicycles in cities, at least partly because traffic jams in large cities make driving at peak times almost impossible. In addition, following the outbreak of the coronavirus pan, people are increasingly using cars or bicycles and avoiding public transportation. To what extent does connectivity also benefit “weaker” traffic participants, such as cyclists, pedestrians, and people who use e-scooters?

This is where a new task is emerging, because although there are considerably more cyclists, there are not yet enough well-developed bicycle highways. This increases the risk of accidents – with streetcars, cars, or trucks. And it is all the more important for delivery traffic or trucks to receive additional information. The result is improved safety and comfort for all road users, cyclists and motorists alike. As a cyclist, I would like bicycle traffic to be prioritized, primarily through “green waves” for cyclists. It is especially annoying for cyclists when they have to stop at a traffic light and lose all the kinetic energy that they have built up with muscle power – even though there are no cars in sight at the intersection where they are waiting. Without a detector, the traffic light cannot react intelligently.

Even with increasing connectivity, it will be a while before autonomous vehicles can drive on the street …

Yes, we will see a gradual introduction here. Compared to the city, highway traffic is relatively straightforward. That’s why trucks will likely be the first to be driverless there. But only under the condition that this offers a cost advantage for haulers, for example by allowing drivers to make business calls or deal with bookkeeping tasks while on the highway. As soon as the vehicle leaves the highway, the driver will have to take the wheel, at least for a few years. Such a development toward autonomous vehicles can take place very quickly. This is what happened with the development of the Internet. Computers were first networked with each other via the first version of the Internet in 1969. About 20 years later, the World Wide Web emerged, which can be regarded as the technology that most quickly went from invention to mass phenomenon. Today, innovations and new services are being created with exponentially increasing speed – practically every second.